Link til bog som PDF / Book as PDF for download:

There is a historical correlation, which connects power to an idea of truth that was instrumental in the building of a constitutional state. In this hierarchy there is, at the same time, as a result, an idea of the archive and archiving, where the physical document is evidence, which is left behind. This has become the common, dominating understanding of the archive. Therefore, the thought is that if there is no physical document, it has never happened and cannot be giving any value. The document is that, which is written down; without literacy you don’t have agency. As a result, you were and are judged on your ability to read, talk and write. This is seen both as the highest enlightenment, but also the most basic.

Giorgio Agamben writes: “The voice is the point of conjunction between meaning and flesh. The voice is the bodily singularity of the signifying process and cannot be reduced to the operational function of language, notwithstanding the research in protocols and procedures for vocal recognition.”

The voice is therefore the point where language and body meet.

The voice cannot be reduced to a function for logical understanding.

The way in which we archive is in no way universal just like no body neither is.

When something or someone is made visible there is a risk of other and others becoming invisible.

The American professor in theater- and performance art Rebecca Schneider quotes a discussion where the following is said about performance and performative practices:” Body-to-body transmission such as dance and gesture, mean that you lose a lot of history”. Schneider criticizes this and points out: “Such statements assume that memory cannot be housed in a body and remain, and thus that oral storytelling, live recitation, repeated gesture, and ritual enactment are not practices of telling or writing history.”

The word archive comes from the latin archivum and ancient Greek archeion meaning “town hall”, derived from arche, which first meant beginning and then changed into power, sovereignty and domination. In the word archive there is therefore a story about that person or those people which had the right to decide and represent the law. If we chose today to perceive that, which is not documented as that, which then disappears, so all fleeting is lost, then we limit ourselves to an understanding of actions and life, which is predetermined by the former understanding of the archive and therefore the ruling power.

This text was first presented, in a slightly different form, as part of the exhibition ikkööhäik – I’m ok, which took place in the privacy of my home in Nørrebro, Copenhagen. The exhibition had three parts: first speech and language therapist Alma Manley did a lecture on the voice where she in part involved the guests by activating their voices through small exercises. Then I read a version of this text aloud, focusing on performance and the fact that ikkööhäik – I’m ok was solely documented in the guest’s bodies. Finally, Anne and Maarit did a three-part performance in which transcripts of a phonetic experience of the Danish language was first read, then put into movements and finally read again as a dialogue. The performance was not photo­graphed or recorded anywhere. I believe that this had an impact on the viewers bodies and it both enhanced and enforced intimacy.

The choice of re-writing this text comes from the fact that now, right now, you as reader are in fact holding a sort of document because it will be contained in this form. Gesture Press or in Danish, Forlaget Gestus, has continually worked with artists who investigate language and writing in a way where the normal hierarchy of this in relation to art is challenged and equalized. This book is therefore not meant to be a correlation to the show, but a work in itself, another piece in the investigation that was ikkööhäik – I’m ok.

It’s a document and it’s not a document. The challenge in making this book lies within engaging it with the reader’s body, never stable, always changing; twisting your tongue, turning your hands. Something else then structure is emphasized and offered: we only have now.

It would be arrogant of me as curator and editor of the show and book to think that I could remake the experience of the performances in this format: The Book. Power over the work and receiver is not the goal.

In my perception the opposite of power is intimacy.

Intimacy. The word comes the latin intimus and means inmost. In every day speech it is the same as private, close, familiar.

Intimacy is both a word and a concept. If you move yourself within it, it becomes its own language.

Intimacy is not something we do only for the sake of the other or ourselves, it is instead the image or the experience, something in between, which we can create together.

What is now is you, the reader, and this book. The intimacy created between your body and the object you are holding. The size of the book is actually based on the size of the artists own hands, so in a way you are holding hands now with Maarit and Anne (and let me tell you – they greet you with great compassion and kind hearts). You are in the middle of a performance of your own – reading, thinking and maybe re-writing because you are making your own new notations. Perhaps you will tell, talk and discuss this work with someone else later on, and through your words an image of the text and performance will morph on to someone else.

What comes first: speech or text?

Words will always be informed by the pulse, which beats them out through the mouth or fingers.

That which is written can be seen as already oral.

That which is oral can be seen as already written.

How do we speak and write noise?

Reading is both body and consciousness.

Lewis Carroll wrote about the dangerous misuse of language if we use it in its “right” form:

“When I use a word,” Humpty Dumpty said, in a rather scornful tone,” it means just what I choose it to mean neither more or less.”

“The question is”, said Alice, “whether you can make words mean so many different things”.

“The question is,” said Humpty Dumpty, “which is to be master – that’s all.”

Seven decades later Jacques Derrida picked up this conversation from Alice in Wonderland and said in an interview: “But the final word, you know, is never fully master, whether this has to do with the reader or oneself. And just as well. The vibrant desire to write binds you to a terror that you try to control, to handle, all the while trying to keep intact, audible, in “this” place where you must find yourself, hear yourself out, yourself and reader, beyond all reckoning, thus at once saved and lost”.

The always imminent threat which Humpty Dumpty suggest is that any sign and especially a literary sign can be used to tell a lie and create a dishonest space. And this is the dilemma which can confront anybody: there is nothing external to language and yet language is eminently suspicions and an unreliable measure for reality.

Instead there has to be practices which has no insurance of meaning, which offer a necessary displacement, practices with offer catastrophes of meaning.

This text is not only mine, it is made out of both visible and hidden quotes, of sentences that are pieced together by me, but of words we all use. Who is owner or author?

Art has the possibility to create a space of non-recognition, a space where active movements can be out of control in an improvisation. A revolution, even though we might have forgotten how it looks.

Revolution is the difference each of us bring into life, the resistance that rejects marked economy and smoothing activities. If we stay in and with the texture of difference, we can begin. I want to give you that space and I call this gift politics.

How can I recognize you? 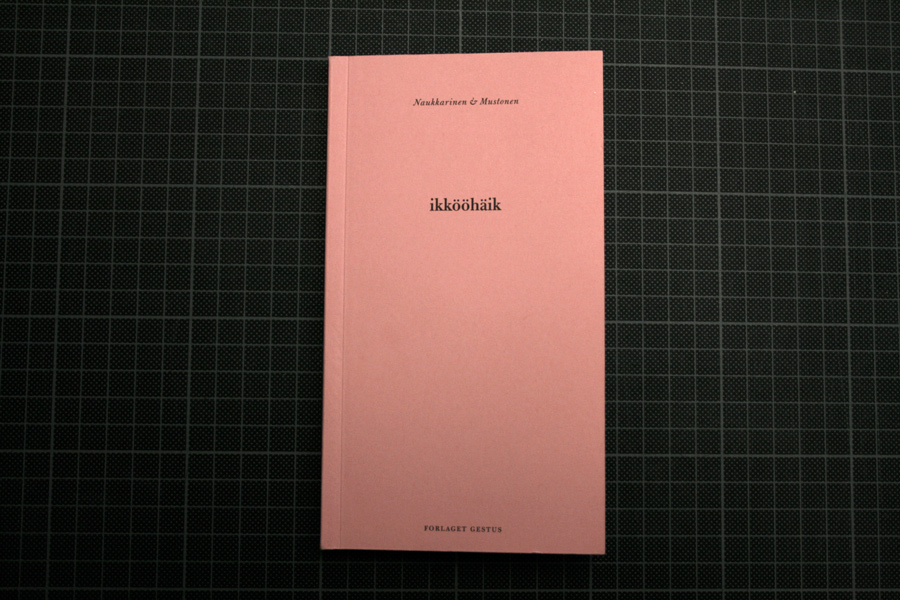 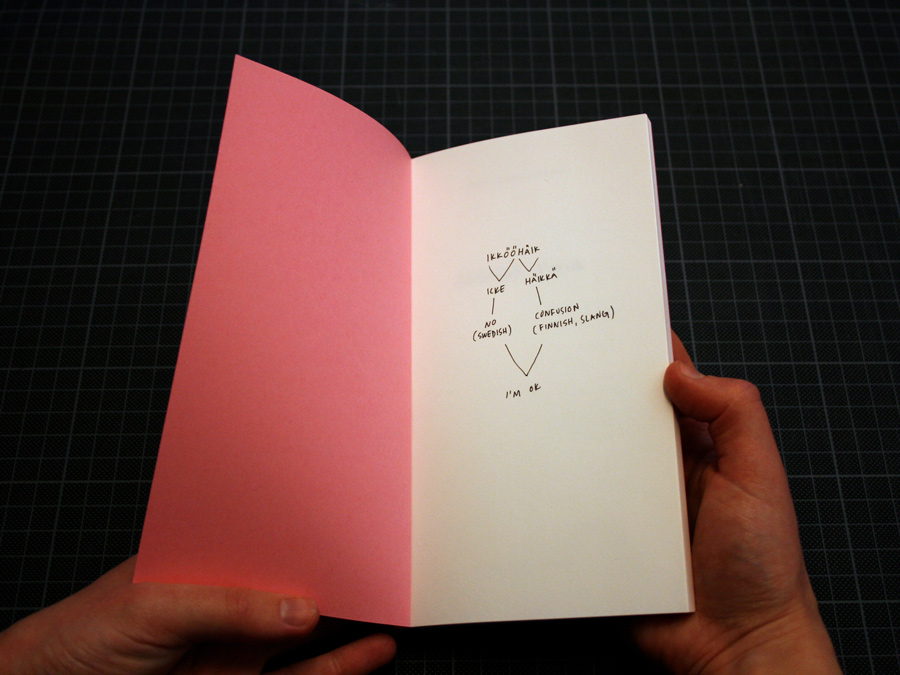 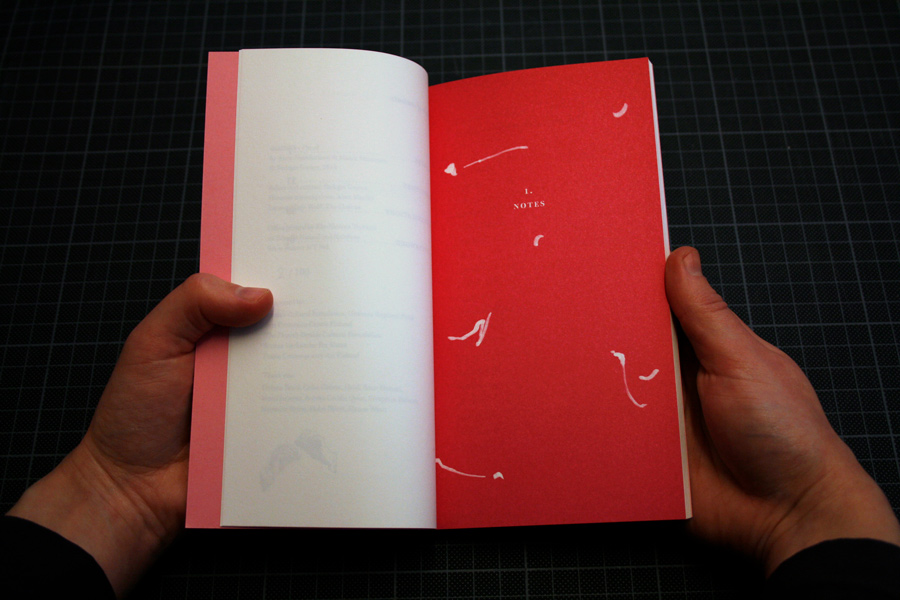 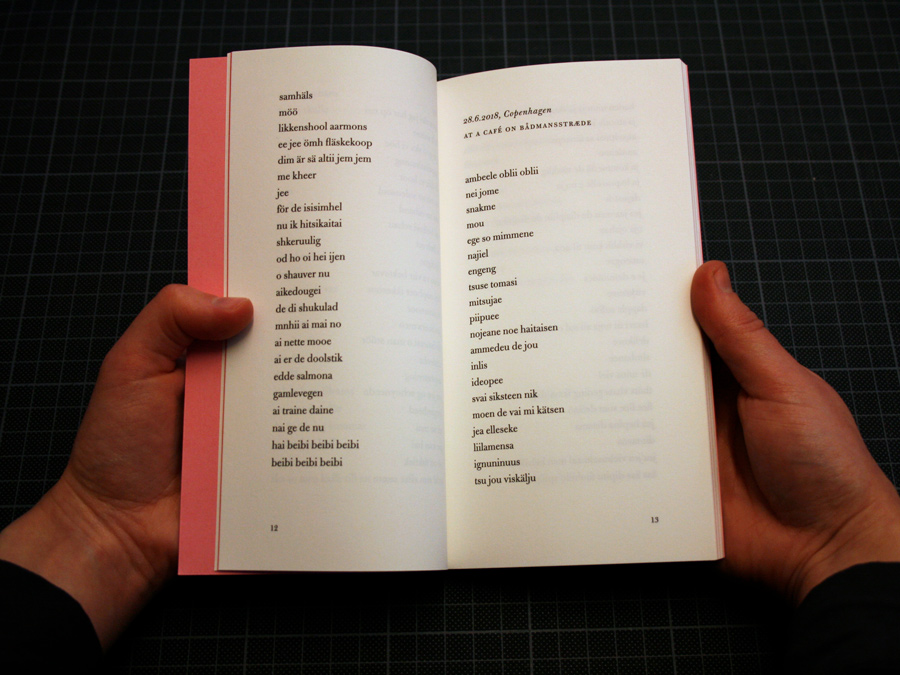 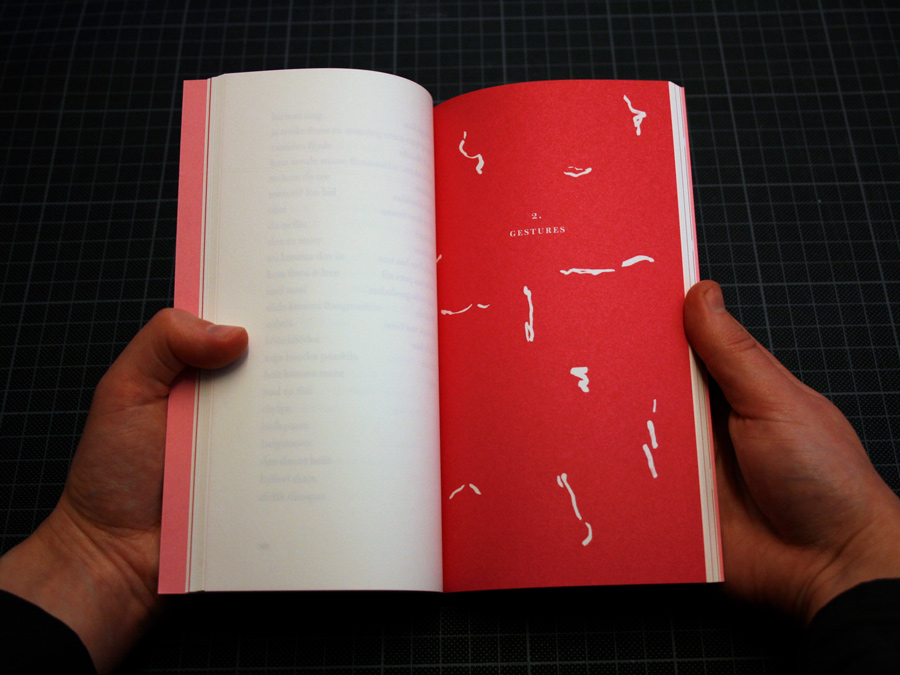 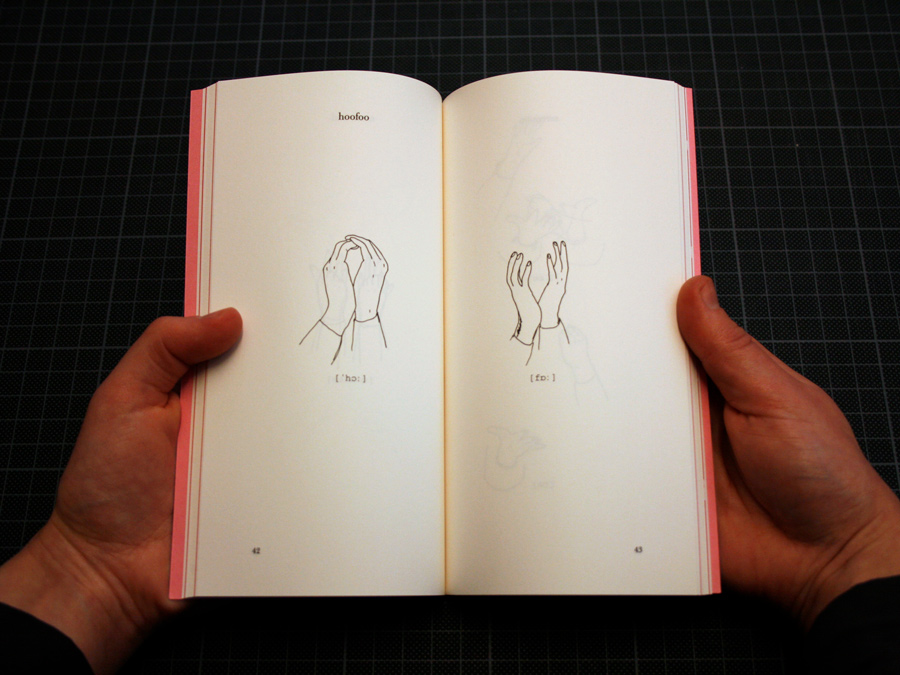 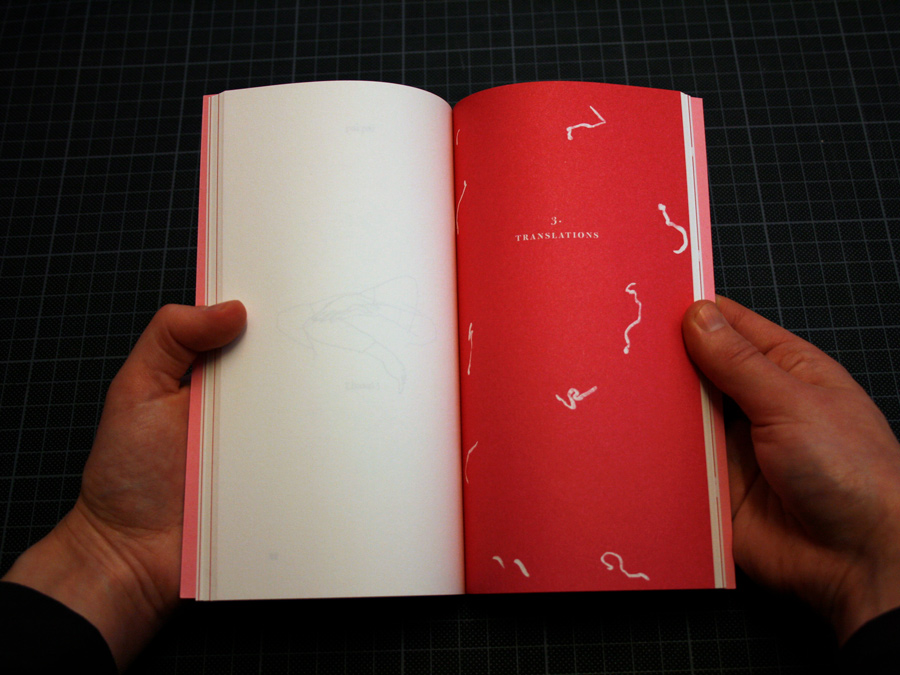 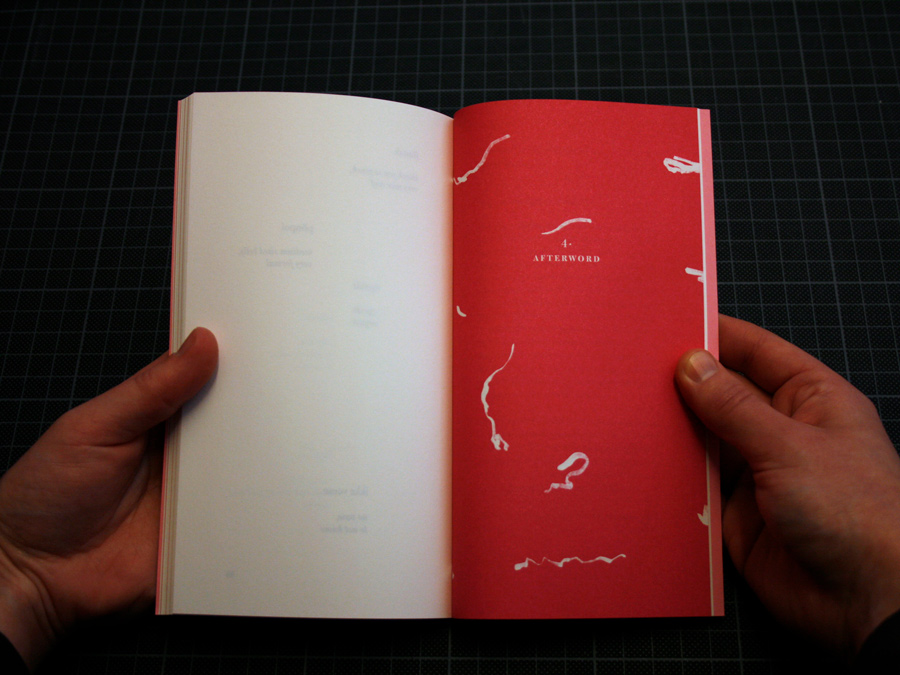 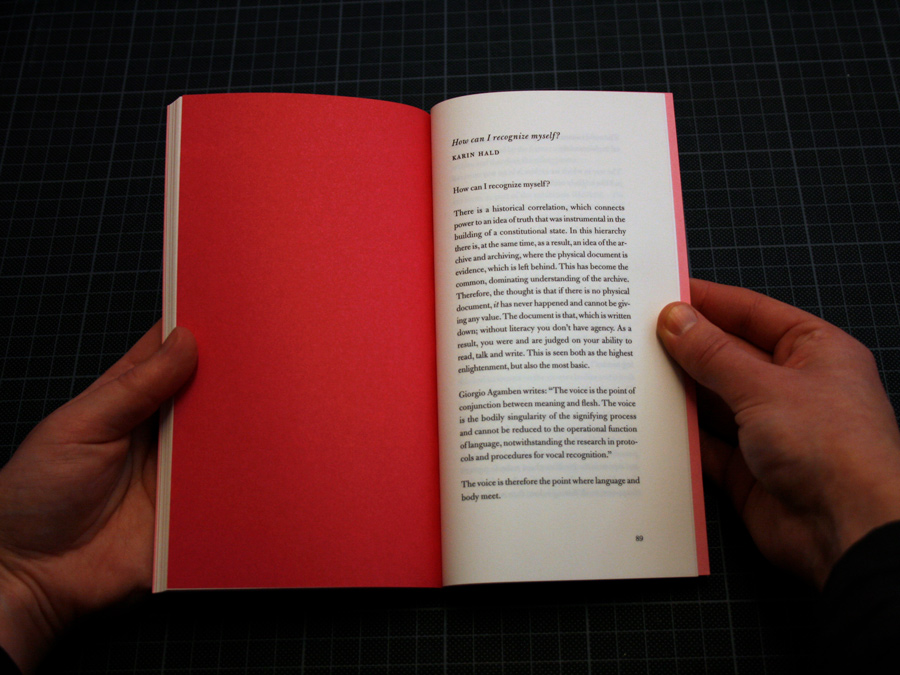 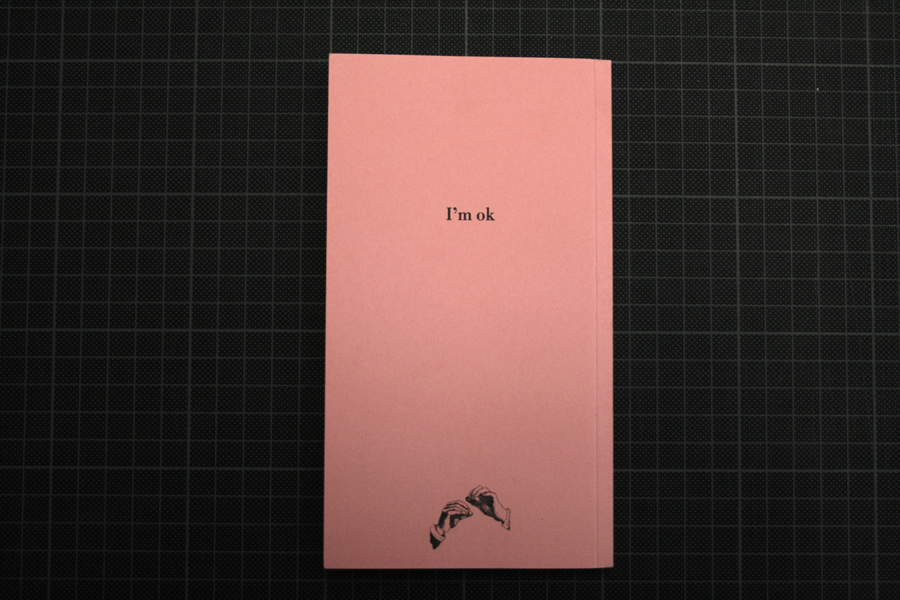